Could a communications surveillance tool have prevented the Libor Manipulation Scandal?

Could a communications surveillance tool have prevented the Libor Manipulation Scandal?

Reflections from reading The Spider Network, by David Enrich

Summer is made for reading. And one of the books that was long in our reading list was “The Spider Network: The Wild Story of a Math Genius, a Gang of Backstabbing Bankers, and One of the Greatest Scams in Financial History”. Behind this ginormous title, there’s a ginormous book. One that brings us, in colorful detail, the life and actions of Tom Hayes, one of the few incarcerated traders for fraud and Libor manipulation. It’s also a great portrait of the 00-s de-regulated financial market environment and their wild practices.

Now we have set the scene, and being who we are, building the solution we are building, it’s hard not to start fantasising: What would have happened if UBS and Citigroup had a comms surveillance system like Trade Comms Suite in place?

Here are some of the key aspects that Trade Comms Suite could have prevented:

Voice surveillance to blow the whistle to managers

According to the author, the breakthrough of the investigation for the CFTC was a voice recording of two Deustche Bank traders. Central bank managers were involved. This is huge. Scandal. The audio recordings were a major evidence against the perpetrators.

Traders were talking openly, and on record, about raising the LIBOR submissions or not, and their fear of getting caught.

Shouldn’t these audio recordings have raised some flags to the Bank’s compliance departments?

Maybe if the voice recordings hadn't been "monitored" by way of random sampling, as it was at the time (and it still isnow!) in many banks and financial institutions, counterfeits (or even suspicious behaviour) could have been spotted way ahead in time.

Communication without context is next to useless

Yes, alerts should have been in place. But what kind of alerts?

Even though the “conspirators” (let’s call them that) were talking openly about submitting LIBOR, a few key alerts could have been in place to at least raise the eyebrows of the Compliance department execs.

A phrase like “I need six-months to crash off, like you”, by itself, could mean many things. Was he talking about stress and needing to relax? Was he talking about a tax submission? A lexicon-only surveillance system wouldn’t (and isn’t) enough. Without the context, it’s impossible to know for sure where manipulation is happening.

And this particular phrase was something that was said over a chat message, which was followed by a phone call.This exchange, spanning multiple channels, took place between the protagonist, Tom Hayes and another trader in a competitor bank, while they were arranging a swap trade. The counterparts, the entities (who he was talking to), the sequence of communications and each reply, all this information could have been spotted in its entirety by a comms surveillance system, powered up by Machine Learning.

With a holistic surveillance system in place, the financial institutions could identify chinese wall violations (i.e., no traders should be talking to bank’s LIBOR submitters), or any other suspicious behavior would be alerted to, through voice, text, emails and any other communications channel, and always considering its context.

Trade reconstruction would have raised flags on the swap trades

One of the factors that contributed a lot to Hayes conviction were the swap trades performed during the financial crisis. Although the LIBOR manipulation would at the time fall into the “gray areas” of regulation, swap fraud is simpler to spot. Especially when you have all communications monitored, and all the channels linked.

These quid-pro-quo trades that illegally fattened up the brokers’ commissions bills illegally would have quickly have appeared in compliance’s alerts system and provided them with the evidence to apply the convenient measures and mitigate the reputational risks. Not only for the banks but also for the Broker dealers’ side of the coin. Everyone knows that a damaged reputation is awful for business.

The Proactive Trade Reconstruction feature links all communication data to their relevant trades, making it easier to spot irregularities like these. In case of an internal or external investigation, evidence can be provided in less than 24 hours

Ad-hoc investigations would have saved banks and taxpayers lots of man-hours (and money!)

Another investigation “reality” that has caught our attention, besides the lack of personnel behind the regulatory agencies, was the countless man-hours spent by the compliance team at UBS reviewing communications and other evidences. New staff members and even an external firm had to be hired so the evidence could be delivered in a timely manner.

The Trade Comms Suite feature which receives most accolades by our clients is the ability to perform ad-hoc investigations, filtering comms and trades by time, counterparty or trades. All the evidence is compiled automatically and available for review in a matter of hours.

Is Trade Comms Suite a suitable insecticide for a spider network like this?

Maybe! One of the reasons that helped the LIBOR scandal to escalate and contaminate almost the whole Financial ecosystem is structural and  also due to the lack of regulations. Banks were also not aware that this was happening on their own trading floor, but traders and brokers spoke about it freely. It should have been easy to spot that something fishy was going on.

In the words of Nick Child, the LIBOR scandal is far from over. "There will always be another scandal, there’ll always be investigations and firms need to be able to access data quickly and completely".

And both both banks, asset managers and broker dealers alike should be ready for investigations, as stricter regulations such as SM&CR, MAR and MIFID II take place. This is not 2009 anymore. Your surveillance system is in dire need of an update! 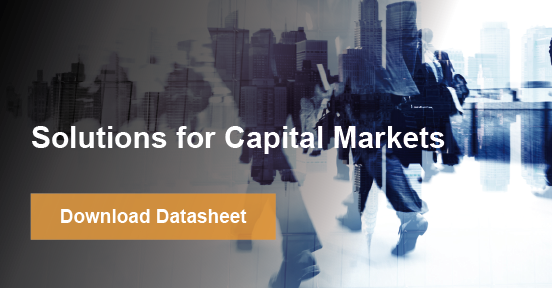 © 2006-2018 Fonetic is a leading expert in technology development that comprehends human communications and provides solutions for improving customer experience and regulatory compliance on the trading floor. Established in 2006, Fonetic counts on years of experience in voice analysis, speech analytics and financial markets.